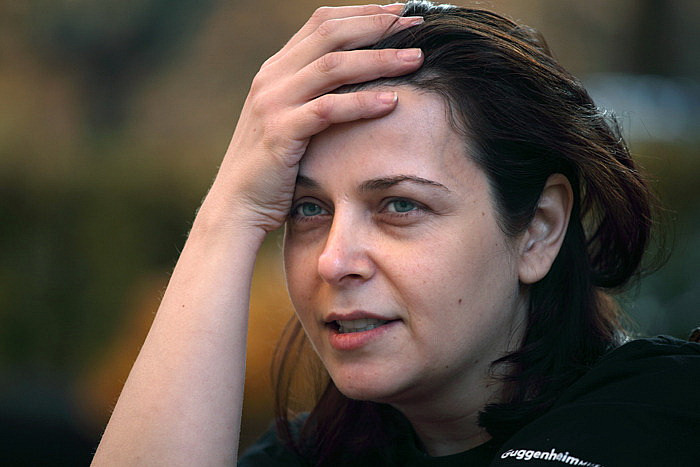 Born in 1974, Damascus, Syria.
Lives and works in Canada and Syria.

Buthayna was born in Damascus in 1974. After studying Fine Arts at the University of Damascus, Syria, Buthayna moved to Paris for her graduate studies to obtain a Diploma in painting from the Ecole Nationale Supérieure des Beaux-arts of Paris (ENSB–A) along with a Masters degree (DEA) in History of Islamic Art from Paris IV Sorbonne, Paris. Since 2011 Buthayna has been working as Professor on the faculty of Fine Arts at the University of Damascus.

Besides her academic activities, she is a practicing artist. Thematically Buthayna focuses on contradictions by getting closer to the society and its states, as well as its concerns and inconsistencies. By images, signs and objects, she critiques the socio-political dimensions of imposed cultural conventions. Using abstraction she is trying to bring her audience closer to the work and in order to create opportunities for audience interactions.

I am not myself, not Buthayna Ali, not a body, not a woman, not a Muslim, not a Syrian, not an Arab...
many prisons forces itself upon me.
They are combined in me, melting me, turning me into hard and fluid forms.
Hard to defend my existence, while fluid to escape, through my work, away from those jails.

One Day I had to choose my purpose, I chose art.
When I stood up,
I was standing on a ground full of needles.
But my femininity shouted colors.
Full of blood and damage, full of repetition and stability,
full of hate and only words for love.

I stated my career as a painter.
But painting was not enough for me to deliver my messages.
Being aware that art has taken over traditions and has set its tools free, I recognized that I was chained.
So why not to take the advantages of this new artistic path, to convey my thoughts, and to interact with my viewers!

It was then that I understood that I was a mother,
They tried to veil my womb,
But I begat! I begat kids! That can´t be executed.
Not by politics, by religion, nor by money.

My work is me.
Its´s my existence, identity, memory, contradictions, screams, my words and my questions. My materials are any optical element, any media that is available and is acceptable for the work of art. 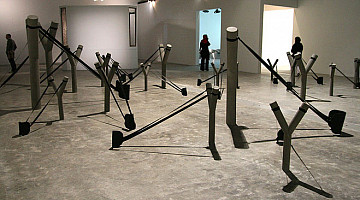 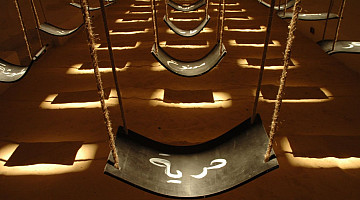 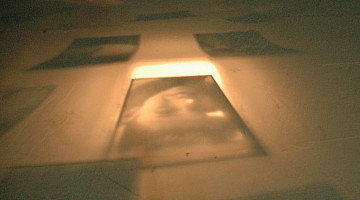