Born in 1971, Tehran, Iran
Lives and works in Iran

I was born in 1971 in Tehran and since high school I became interested in Art. My first artistic activity began with music. After that, when I was 21, I familiarized myself with photography by seeing a photo that I never found out what was the name of photographer. It had deep impact on me and the photography became my passion.

My first photo shooting was with a compact camera. But after a while I attended Young Cinema Society photography classes and after one year I have been accepted to university to study photography. That was the begining of my professional working. Through the time and many photography trips and because of attending of different festivals I became experienced.

Through my university time I worked as an assistant for 6 years with Farhood
Haghi (one of prominent Iranian photographers) and the cooperation with him was very useful for me. And then in the year 2000 I and Jalal Sepehr set up Fanoos studio. There our cooperation lasted 10 years and during this time we worked on many industrial and artistic photography projects.

These years brought me several big and small work experiences. The "Square
of silence" was my second big project. It has been presented as my first solo exhibition in 2010 at Abrisham Art Gallery. I think this series expresses the situation in the society that we are living in. 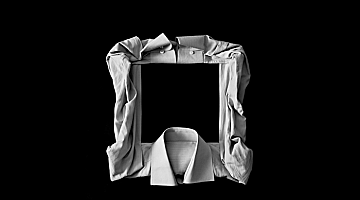