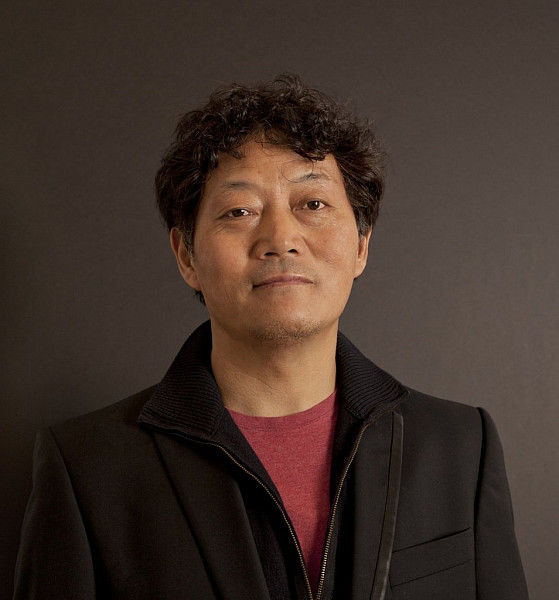 *1961 in Lhasa, Tibet
Studied Fine Art in Beijing and London.

He is the founder of the contemporary Tibetan art gallery The Sweet Tea House and is currently based and working between London and Beijing.

Gonkar Gyatso is a Tibetan born British artist. Born in 1961 in Lhasa, Gonkar moved to London in the late 90's on scholarship to the Chelsea School of Art and Design, where he attained his MA in Fine Art. (Gyatso studied Chinese Brush Painting in Beijing, attaining a B.F.A. and Thangka (traditional Tibetan scroll painting) in Dharamsala). He has been living and working in the West ever since.

Gonkar Gyatso’s current work comes out of a fascination with material and pop culture and a desire to bring equal attention to the mundane as well as the extraordinary, the imminent and the superfluous. These contradictions are often found in the same piece. His work can be very silly, uncanny, and even ironic and at the same time comes out of concerns that are shaping our times. As his own experience has been one that reflects a kind of hybridity and transformation his work also holds this quality. We are all repositories of our time and place and the work can not help but reveal the politics and cultures that have shaped him. Gyatso collects materials from around the world to construct his images and each work contains a kind of geographic specificity, relating to the time and place he is making the work, where he has been and the things that have touched him. Gyatso’s interest in signage and iconography have lead him to design his own stickers and signs which he incorporates into his work, sometimes they are collaged in and at others they stand on their own, each representing a social or political trend that he would like to bring to attention. Gonkar’s repetitive use of the Buddha and appropriation of our media saturated environments illustrates his interest in ubiquity, accessibility, often appropriating and even re-appropriating his own work. What once was “White Noise” becomes a cacophony of carefully composed images, beautifully constructed into an iconographic form or word. While graffiti is now considered it’s own art form, Gyatso is also interested in pushing the boundaries between, what some might say, is hi and low art and certainly takes a lot of his inspiration from the street. Gyatso is deeply moved by the need to preserve and celebrate his own culture and just as artists like Judy Chicago seeks to make the vernacular of womanhood part of our discourse or Glenn Ligon works to talk about Black Identity in America or Yinka Shonibare uses the textiles of his heritage to address issues of colonialism, Gyatso inserts Buddhist and Tibetan iconography into our daily lives. They all ask, where is our place? What is our role? And, where are we going from here? Just as the identity of Gyatso’s homeland, Tibet, can not be separated from religion and politics, the undeniable bond between the two has shaped his own sensibility as well.

His work has been exhibited in galleries and museums around the world, including the Boston Museum of Fine Arts (Boston, MA), Tel Aviv Museum of Art (Israel), The City Gallery (New Zealand), The Institute of Modern Art (Australia), the Rubin Museum of Art (New York) the Chinese National Art Gallery (Beijing), the Glasgow Gallery of Modern Art (Scotland), the Courtauld Institute of Art (London), Burger Collection (Switzerland), the Wereldmuseum Rotterdam (Netherlands), and the Queensland Art Gallery and Gallery of Modern Art (Australia). Additionally he has participated in the the 53rd Venice Biennial (Italy), the 6th Asia Pacific Triennial in Brisbane (Australia) and the 17th Sydney Biennale (Australia). His work is held internationally in public and private collections.

Gonkar Gyatso is also a founder of the Sweet Tea House, a contemporary art gallery dedicated to showing Tibetan work, based in London. Gyatso was the recipient of a Leverhelm Fellowship in 2003 and was an artist in residence at Pitt Rivers Museum in Oxford. 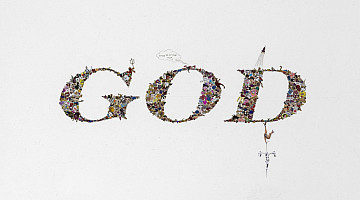