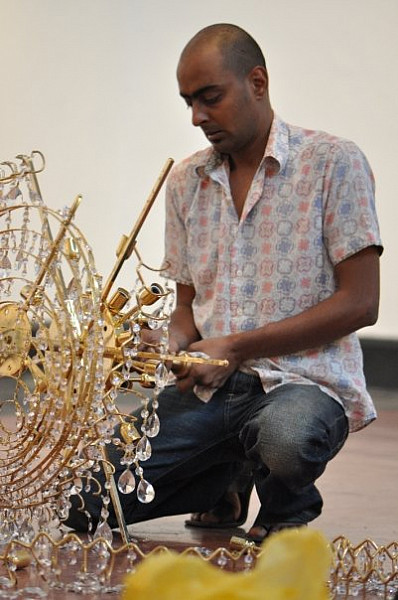 Born in 1974, Pakistan
Lives and works in Lahore, Pakistan

To me, art and technology through the course of cultural and social evolution have always stood aside in mutual adoration. Perceived notions of meritocracy with a subtle maligning of  mechanical and mobility factions reveal to me as an epiphony of struggle amongst the fagments of worldliness and physical existence. I like to inquire into the mechanics of the functional and orchestrate the movements and conjurement of the elements on a virgin backdrop. This often leads to interesting displacement of energies (motorised but not necessarilly kinetic), shunning the pre-understood, adopted and learnt.

Leaping a ground further from the 'found object', I also attempt to take on the Modernist 3-dimensional; casting the 'object' in different metal and deconstructing the spacial impact, identitical to a terrorist activity unfolding 'as a visual' stuck in a standstill moment of time.