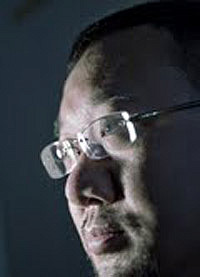 Where I'm Coming From (Artist's Manifest)

David Cameron announced in February 2011 that multiculturalism in Britain had failed. As the son of immigrants, born in the UK I reacted to this with trepidation and the mildest tinge of relief; the relief being that if there is a wasp in the room, as the saying goes, you at least want to know where it is. I still believe London is one of the most racially tolerant places to live, and it is always a pleasure to mix with Indians, Poles, Jamaicans, Chinese, Cockneys, Kurdish, and share the feeling that wherever we may be from originally, if you have never gone on the London Eye and know how to get home at three in the morning then you have to the right to call yourself a Londoner.

However, London is not where I grew up; when my father got a job with the BBC in the fifties, there were only few hundred Vietnamese families in the UK, and only us in St Albans, the site of Britain’s first Christian martyrdom. While Vietnam plunged ever deeper into conflict, and my parents’ families were obliged to choose sides (my father’s to the right, my mother’s to the left) I was very much entranced by the gentle countryside of the home counties, but as far as the reaction of others to my not being white, not completely permitted to identify with it.

This unease has not caused me to turn to my ‘roots’ or defend / promote my Vietnamese heritage though. Partly because it seems highly presumptuous that the hardships and achievements of relatives and ancestors can be something I can claim as in any way mine, partly because having the benefit of drawing on more than one culture - being hybrid - greatly outweighs the attractions of a static identity, or indeed the indulgence of spending time wondering who I am. Many artists from ethnic minorities in the UK have made careers exorcising the conscience of the white middle-class by dwelling on the conundrum of their identity, and while I can see that these exorcisms have their value, fighting dominant narratives with subaltern ones still preserves the value of narratives per se. Another unfortunate result of the formation of this discourse is the back lash from the extreme, and now centre right that perceives the admittance of other (Other) narratives, sometimes accusatory, into the cultural life of the UK is an encroachment on British national identity.

Concern in Japan with defining and protecting a national identity is a relatively overt and common preoccupation. At best, this results in a civil society which functions very smoothly, but there is a price to this, which entails turning a blind eye to whatever may disrupt a narrative that provides the comfort of coherence and exclusivity. In this context, the photographic series No Place Like Home was created as part of the series of events commemorating the 150th anniversary of diplomatic relations between the UK and Japan; possibly a difficult anniversary to celebrate, since the original Anglo-Japanese Treaty of Amity and Commerce of 1858 was essentially aimed at extending British influence and exploitation in east Asia at the expense of Japan’s sovereignty. The main purpose of the series was to ask, after a century and a half, how much do the British and Japanese really know about each other, and how much this international relationship has been an exchange of constructed narratives, faultily assigned signifiers, and symbols.

As I dislike artists´or curators´statements that say a work asks questions about something or other, but then coyly avoid giving any conclusions, I will come clean and say that the answers to the two questions above are respectively ‘not much’ and ‘a lot’. It is at least a relief that, despite difficulties in mutual misunderstanding, Japan and Britain choose to celebrate their relationship and perceive cooperation to be more productive than conflict. 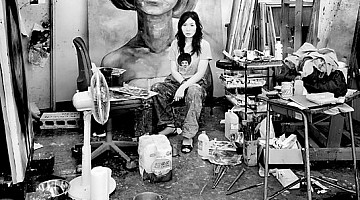