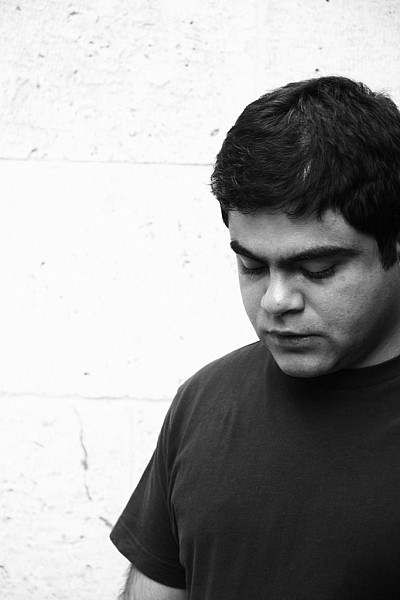 Graduating from high school, he entered the UNIVERSITY OF ART and studied painting (2000-2005). He submitted his thesis on “The influences of the Islamic Revolution on Iranian Contemporary painting” in 2008. He has held 5 solo exhibitions in Daryabeygi Gallery (2000), Elahe Gallery (2004) , Mah Art Gallery (2006) and Tarrahan Azad Gallery (2009)-(2010). He has also participated in 20 group exhibitions from which the most prominent ones are the 3rd and 4th Tehran’s biennial of the Islamic World painting, respectively in 2004 and 2006. Mohamad Eskandari has participated in several exhibitions in Europe. Furthermore, he has been in charge of the design and performance of 6 mural paintings. Mohamad Eskandari has been a constant member of The Iranian Society of Painters (ISP) since 2006 and is currently working in his personal studio. In spring 2011 he has spent 3 months as artist in residence in Cite des arts Paris.

Mohammad Eskandari: No Gazelles in the Plains 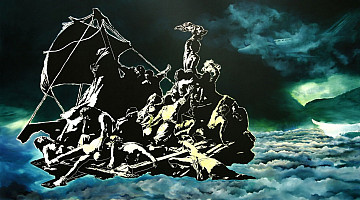 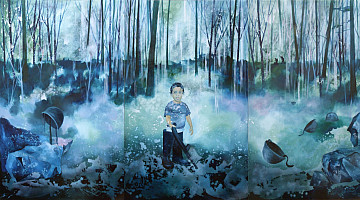 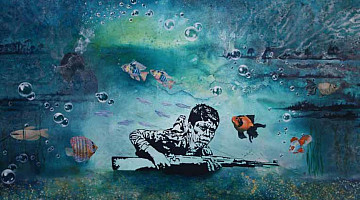