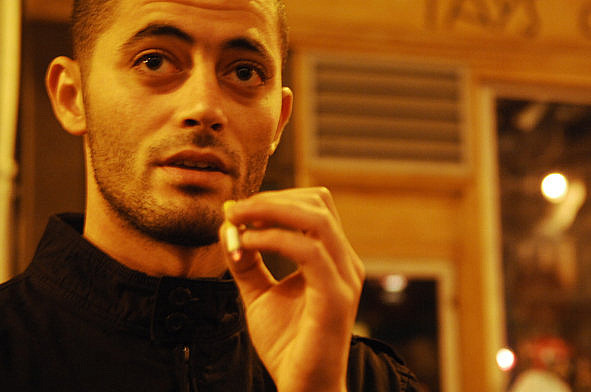 Nidhal Chamekh is a visual artist and a painter. He studied in the Fine Arts school of Tunis and that of Paris and carries out his doctoral research at the Sorbonne. The popular districts of Tunis where he grew up and the persecution of his militant family are to have a deep impact on his art. He began exhibiting his work at the age of 12, in Tunisia, and later in France and other European countries. His plastic research unfolds around the fragmented forms of reality and its possible languages. In his work, the figurative element remains clearly present but the subject is often blurry or almost absent.
His line, essentially fragmented, draws on all eras and confuses spaces and cultures. We could consider his work as a "sampler" of the chaos of history. It is about creating plans able to operate some "cross-sections" of the chaos, to constitute a kind of social and cultural archaeology to make perceptible the historical complexity of the images. introducing the montage operate us a tool to see the social temporality and to collect in the same space the visual dislocation of the world. 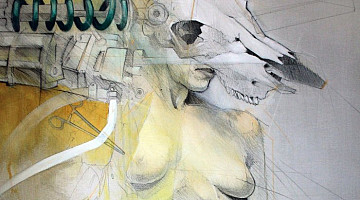 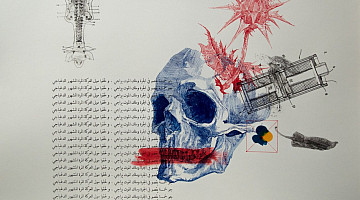