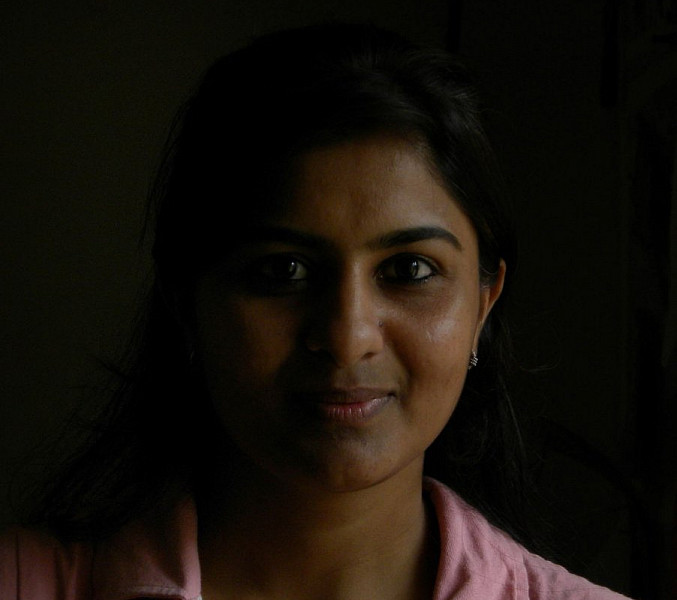 Born in 1979, Vadodara, Gujarat.
Lives and works in Baroda, India.

Myself Priti Kahar from Baroda(Gujarat),India, have completed Graduation (2003) and Post Graduation (2005) in Sculpture from The Faculty of Fine Arts, M.S.University, Baroda. At present, I am working as a practicing Visual Artist in Baroda.

I work with different mediums exploring different techniques, mainly when it does not fall in the conventional methods of working.

At present, I am focusing on an idea of verbal illusion along with the play of visual Illusion on the perceptual ground, as I used the aspect of visual illusion in my past works. In my recent works I have continued the similar practice, where I have used a lot of commonly confusing words such as See and Sea, Tail and Tale, Pore and Pour, Break and Brake etc which has similar pronunciation yet a different meaning. Here I tried creating a play of Verbal Illusion, as earlier I tried with visual illusion, on both two and three dimensional surfaces, accompanied with commonly used objects of our daily life. Such as kitchen utensils, different types of tools I use in my studio etc. The objects and the words are hardly being noticed by us in our day to day life. I enjoy intervening of words on the objects drawn, which brings a kind of playfulness to my works.

As in one of my early projects titled Connect (Dis) Connect, I experimented with Canvases accompanied by an Installation of hanging number of plaster cast hands from the ceiling and the painted shadows on the floor.

Here I tried to create a play of illusion between real shadows and painted shadows. In paintings I used materials like wire as a part of the painted surface, as I was trying to connect it to an aspect of Optical Illusion and the canvases also had a running text connect (Dis) connect, where on one hand the focus is to connect the witness to the shadows created, and on the other side to Disconnect the witness when they realize the shadows are painted.

My academic training has been a remarkable practice for me to explore the creative phase of myself. This long span of time has been a great chance for me to experiment with several mediums and techniques. through this time, I was mainly concentrating on the medium part of sculpture, since that was my first phase of getting acquainted with new techniques in terms of managing the medium and using it to build a work of art, it is in fact a nice way to understand the behavior of available materials such as Plaster, Red clay (terracotta), Cement, Metal Casting, Direct Metal, Wood Carving, Stone Carving, Paper Cast, Pottery, etc. This was the time when all my present experiences were immensely getting transformed into my works.

I usually combine two or three mediums such as wood and metal, wood and fiber, metal and stone, paper collage on wood or fiber etc. which could be noticeably seen in couple of my recent works, mainly high relief sculptures as even collage works are quite fascinating for me as an expression. Here I have used the high quality eco solvent prints, which is processed using heat on fiberglass objects and wood. In most of my recent works text is playing a key role as I am using text comprising the commonly confusing words. I am using words as a running text, which creates a texture covering the surface of my sculptures.  And in paintings I used different rubberstamps as a tool to create text as a surface. Along with the text I also use tea wash, charcoal, acrylic, water color and ink on paper and canvases to create a large work in earthy colors.

Priti Kahar: Every closed eye is not sleeping 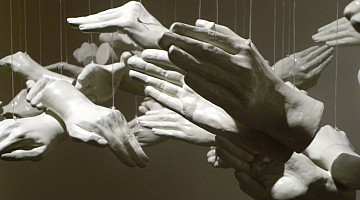 Priti Kahar: To be continued 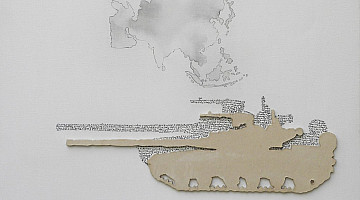