The series “Icons of a Metropolis” offers a non-judgmental look at 20 character archetypes found in the mega city of Lagos – they are the ICONS. They are a creative force, a self-organizing and self-referential manifestation of the zenith of urban survival. The ICONs add colour, help to reflect our consciences, test our moral compasses and above all offer signals to the fragile points of the rapidly expanding ecosystem of a megacity. In their guise as evolutionary change agents they can be considered as the city planner’s guide or muse and as such are living mentors on the design requirements for mega cities”.

In using repetition as the representational technique to express the creativity of the ICONs it serves, to express the monotonous nature of their lives, the doggedness of their spirit and the distinctions they must make in their quest to renew or reinvent themselves.

Repetition creates conditions for new meaning by placing the old (that which is repeated) in a new context of an expanded range of considerations. Conceptually, repetition is powerful; it creates infinite combinations from finite elements – just as the ICONs create infinite possibilities from limited choices.

Also inherent in repetition is the ability to bring about structures of distinction or “seeds of ideas”. In the words of Gilles Deleuze: “differential structures (what Deleuze calls ideas) are conditions for the creative transformation of things”. It is this creative transformation that the images seek to express and that the ICONs successfully accomplish. The artworks with their repeated imagery act like a rhythmic pulsing mantra; the images beckon the viewer to transform their perceptions of the ICONs by suspending their immediate recognition of what is at play and calls anyone who cares to listen, to look beyond the obvious.

Thus, repetition is fascinating; it is on the one hand an expression of the mundane, the static and the predictable. It can also be considered as a desperate and manic desire for consistency, for a stable none changing state. On the other hand, repetition is also dynamic; it is a means of creating a phase shift, a change. It is this paradoxical reality that the ICONs face daily – desiring both consistency and change. 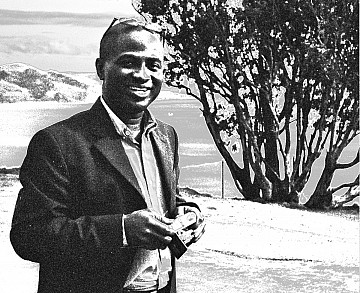 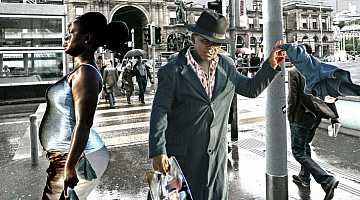