Flesh Tones was created as an assignment for “Vision & Justice: Photography, Race, and Power” a workshop at the Brooklyn Public Library, led by Professor Sara Lewis. Inspired by Frederick Douglass’s ideas about the role of images for American progress and the power of aesthetics for the invention of race, Lewis guest edited Aperture Magazine’s 2016 summer issue, Vision & Justice, sparking a national conversation on the role of photography in constructions of citizenship, race, and justice. In 2019, Aperture and the Vision and Justice Project also released the free downloadable publication: Vision and Justice: A Civic Curriculum.

Teju Cole’s essay, A True Picture of Black Skin[i], raises questions about visual media’s inherent technical biases, referencing photographic film emulsion's calibration for light skin, or Kodak’s color standardizing ‘Shirley Card' circa 1950, displaying a model whose whiteness was historically marked on the card as ‘normal.’ While a so-called ‘Multicultural Shirley’ was introduced in the mid 1990’s, a quick Google image search reveals that a pale peachy pink remains dominant in what is considered a ‘normal flesh tone.’

Throughout photographic history, portraits have played a role in fortifying white power and imperial ideologies. Colonial imagery portrayed African people as analogous to fauna and flora[ii], a spectacle of primitivism still observed in present-day spaces—the American Museum of Natural History, to name one example. Victorian anthropologists John Lamprey, Thomas Huxley and Francis Galton (infamous eugenicist and cousin of Charles Darwin), employed the archetypical pseudo-sciences of physiognomy, phrenology, anthropometry and facial compositing to classify humans into types—claiming to connect physical traits with moral character. They surveyed ‘the various races of the world,’ placing Africans as inferior zoological specimens on an evolutionary scale. They also likened African facial structures to that of the ‘lowest European criminals’, going so far as to name them ‘felon faces’.

That the civil rights Slogan “I am a Man” is resonant now in the Black Lives Matter movement, indicates a continued narrative in which the non-white body is ‘less normal, less civilized, less human, closer to the animal-world and dangerous.’ And as Ta-Nehisi Coates reminds us: “Our phrasing must not obscure that racism is a visceral experience… that lands with great violence upon the body.”[iii]

Contemporary Artist, Heather Dewey-Hagborg explores a new forensic technology, DNA Phenotyping, which renders facial appearance from genetic samples. Hagborg argues that the pioneering law-enforcement tool relies heavily on algorithmically derived statistical photographic composites which are themselves drawn from a racially skewed database. Hagborg asserts, “We tend to look at technical systems as neutral black boxes, but if you open them up and look at the component parts, you find that they reflect the assumptions and motivations of their designers.[iv]” Similarly, the ‘dark chamber’ of the camera is not neutral—its nature depends upon the powers which set it to work. 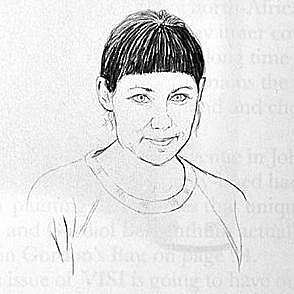 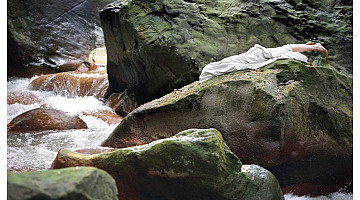 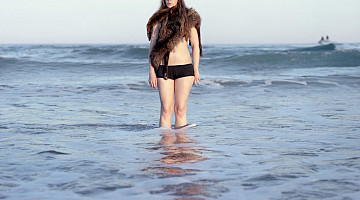