From the series “I Have to Feed Myself, My Family and My Country”
‘The Revolutionary Dreams’ addresses the ironic realties of society in present day Nepal. This series of performative photography draws on the memories associated with my birthplace, Najare; and the dramatic changes encountered during my recent visit to the area after being away for 19 years.
Internal and external conflicts such as the continual political instability, a ten-year-long  Maoist insurgency, as well as global capitalist forces have fundamentally altered the social fabric of villages in developing countries like Nepal. Carrying aspirations for a better future, each day up to 2,000 Nepalis leave the country to join a cheap international labour force, mostly in the Middle East and Malaysia. Simultaneously, internal migration has translocated people from villages to small towns and small towns to cities. Villages are emptying and rapidly losing their societal structures. Places like Najare have been deserted, and the farms left barren, the elderly caretakers watch silently as most able-bodied members of their families leave one by one.
In this series, I took on the role of various characters from my memory. I wore the clothes and traditional costumes borrowed from my village. I also took on the uniforms of Nepali migrant workers. I then juxtaposed these two images of past and present on a single frame to narrate and depict contradictory realities.
Contributing‘ Photographer: Sachin Yogal Shrestha
Accompanied by : Sheelasha Rajbhandari,  Bikash Shrestha

(This project was part of 52 Artists 52 Actions presented by ArtSpace, Sydney). 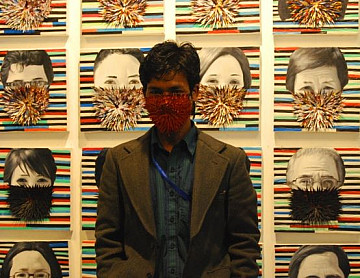 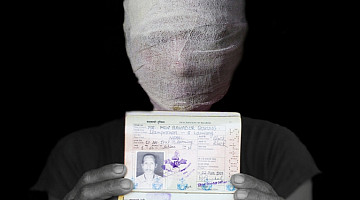 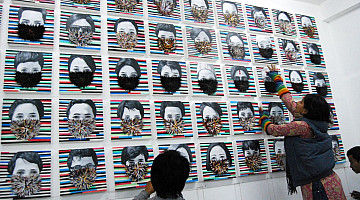 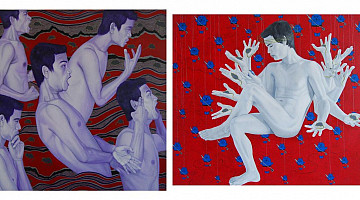