Since the Industrial Revolution the distinction between „natural“ and „artificial“ has gradually gained fundamental existential relevance in our lives. As dynamics of relationship of these two spheres has dramatically changed in the favor of „artificial“ aspects of existence and environment, we have to face the resulting consequences in dealing with the life in an environment which is increasingly devoid of „nature“. In his series „Second Nature“ the British artist of Vietnamese origin John L. Tran appeals to our ability to distinguish boundaries between these two aspects of our environment we are living in, but he also adds the element of our inner „nature“ and investigates its ambiguous relationship to the other spheres.

Tsukuba is a unique place in Japan. As an eulogy to scientific positivism, it was designed in the 60s as a centre for national research institutes such as the Japanese space agency JAXA, and KEK, the laboratory operating Japan’s largest particle accelerator, with wide roads and low-rise concrete housing similar to the post-war new towns from the area where I was born in England. While Tsukuba is well-known for it scientific research, the fact that the university has an art department is not. The difference between the aspirations of the ordered space of Tsukuba, and the unruly messiness of art is, seemingly, given. That is to say the objectivity of science, a position which, on the surface of it, artists are obliged or permitted to share. Photography however is at the interface of these practices; it can both factually document the world, but also express the subconscious and irrationality. It is one of the best ways to investigate and bring to light the nature of things, and at the same time, investigate our own inner nature.

Despite the current dominant usage of the word nature to mean the natural environment, the first definition you will find in the dictionary, and the original meaning from the Latin, is ‘the innate or essential quality of a thing or person’. In this sense the concept of ‘nature’ indicated what could not change, and the modern usage of the word derives from the 18th century contrast between artificial and natural world. In other words, it is a distinction between the changing world of everything that is man-made, and the infinite and eternal (there is an irony here of course, in the contemporary nuance of nature as being something fragile – to be protected from the ravages of mankind). How we conceptually split the artificial and the natural is, at one level, a matter of semantics, and in this series of images I wanted to question visually where we make the border between what is natural and what is artificial. This is combined with an investigation of the ‘nature’ of the people and environment that I found around me while I lived in Tsukuba. 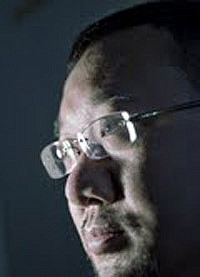