Mahmoud Kashfipour is one of the contemporary Iranian photographers and he focuses on the theme of social issues and human relationships. In the presented series Another side (2009) he explores the issue of social and psychological borders between individuals and differences in the way they see each other. In his work are these borders presented by a "curtain" which stands for a barrier between internal worlds of different people and their perception of reality. However, the curtain also represents the influence of culture on shaping a man and his relationship to different Other.

Where are you looking at?!
Neither my side nor your side.
Maybe the fresh air is at another side.

Although this series of work is a stage photography, for me they are
documentary images. The images, I always have seen them around myself, from
childhood to now. Some “look” behind gray curtains. The curtains which are always between you and me, you and others, others and us, that has engaged a vast area of our mind framework. The curtains that have divided our world into two separate sides. A side in our self and another side that we are gazing through narrow opening.

We are modest. The modesty behind which we went hiding, sometimes
voluntarily and sometimes mandatorily. It doesn’t matter on which side of the raised curtain we are placed. We are accustomed to one and others look behind these grey walls.

In this work the exhibited curtain does not belong to the persons standing
behind it. It rather belongs to the audience, which is present at this side either.
It is very important to me, that the audience when faces the work, feels itself as
a part of the work or within it. Because of this I considered the size of the work.
A bog size, to the extent that doesn’t damage the influence of “looks” that exists
at work. ”Where are you looking?” is not just my question to my work subjects, rather it is a question that is brought up sometimes from the work to the audience and sometimes from the audience to the work. This is a product of  “staring” process between the audience and the work. The process that will define my work as an artistic work. 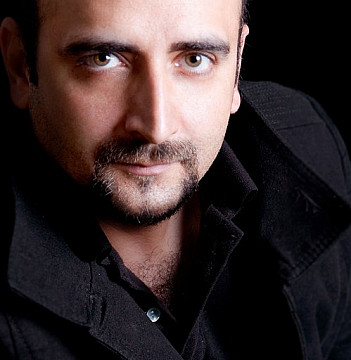 Mahmoud Kashfipour was born in Yazd-Iran 1974. After receiving graphic diploma from school of visual arts he began to work and make experience in graphic and photography for about 20 years. During this time he had special consideration to contemporary art and fine art photography. Also he has been creating artistic works and teaching while working in the field of graphic. 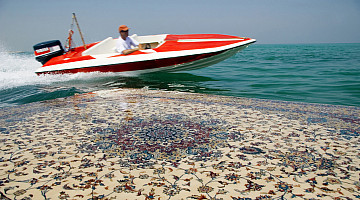 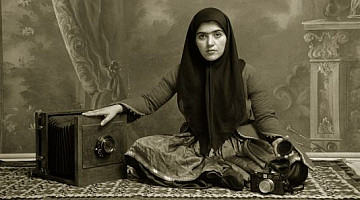