On the work of American architect John Hejduk (private vs. public)

The project constructs a series of film stills reminiscent of 1960s and 70s European art movies, in particular those of the Italian film director, Michelangelo Antonioni.  The first design of the house was realized in 1973 and John Hejduk started his career at the end of 1950s, and became known in the ‘60s.

John Hejduk was a contradictory figure: a solitary, enigmatic artist, a ‘misfit’, who was known for his lyrical and conceptual projects.
As some of the critics said:

‘…even his early paper projects, such as the Wall Houses possessed the poetry of habitation: how we make ourselves a place in the world, primarily through the creative acts of narrative and storytelling.’ 1

‘During the last 20 years of his life…Hejduk made successive attempts to shift his architecture away from the more mathematical concerns of his early work….towards an allegorical…’ 2

‘He seemed to be content to allow his explorations to be ends in themselves.’3

In an interview with Jaap Huisman in 1993, Hejduk said, ‘Building - I prefer to call it fabrication - happens in my mind. Architecture isn't restricted solely to the visible process……a poem, literature, music, even medicine are sources of inspiration to me for architecture. It is misguided to think your working drawing must always end up as a cut-and-dried building.’ 4

So, narrative, allegory and disregard for pragmatism. If Hejduk was more concerned with the concepts rather than the practicality of realizing them, then the breakdown of the distinction between the private and the public in the wall house project could be interpreted as a revolutionary architectural design, providing ‘a mutual voyeurism’, or it could be read as a critical observation/prediction of contemporary life, where, in the world of surveillance, ‘Big Brother’ and reality TV, the notion of the ‘private’ is disappearing.

Michelangelo Antonioni also preferred ‘intellectual restlessness’ to a desire for comfort and pragmatism. He was also a visionary, an outsider who deviated from the traditional approach to the notion of story telling.  It's the non-event that interested him, that 'filled' his films. Depicting the characters as empty and aimless, his films often focused on ‘alienation’ in the modern world, or, as one of his more observant critics accurately notes, ‘..this alienation seems to be an effect of a specific social organization, rather than a general response to the difficulties of modern life;….it is not life in general that is meaningless, but this particular of social life.’ 5

The narratives in this project ‘place’ Antonioni’s characters in Hejduk’s  house, used as an allegory to refer to the crisis of identity in today’s ‘mediatized’/corporate world.  Here the house is used as a symbol of spectacle, rather than a space for privacy and comfort.  And like in Antonioni’s films and paradoxically in ‘Big Brother’ nothing much happens in these narratives.  In this context, the work uses a philosophical approach to the notions of voyeurism and exhibitionism and to our existence today, with no destination and nothing to believe in.

Another perhaps contradictory reading of the above approach would be the de-romanticization of the concept of home as a place of comfort, safety and escapism. Whatever reading we choose to adopt, here the house is used as an allegory which is an important aspect of Hejduk’s work, evident in his controversial ‘House of the Suicide’. 6

Structurally, the project aims at a fictional representation of ‘real people’; constructing two sets of images, placed inside and outside: looking in, to the most private spaces in the house (toilet, bedroom, kitchen..), and looking out, to the exterior surrounding the house. However, in looking in something always ‘obstructs’ our voyeuristic look, there is an element of ‘not-seen’, creating an ambiguity (a man is lying on the bed, his head outside the frame. is he asleep, unwell or dead? a woman seems disturbed entering the room. what has she encountered? a man is looking sadly across the table. who is the woman on the other side?).  Or the ambiguity is portrayed through ‘dislocation’ (what makes a man seek refuge under the table, or in the toilet?)

And in looking out, we see (in most images) ‘private affairs’ placed in public spaces, indicating that the distinction between private and public is blurred, but still maintaining the enigmatic (a couple seems ‘caught’ in a secret rendezvous. another is separating. two men confront one another. a woman is anxiously waiting).

So the narratives attempt to depict ‘interiority’, i.e. interior emotional states, in the form of gestures, expressions and interactions between the characters.  And what brings the two sets of images together is isolation: detachment from the environment and between the individuals. The characters are either portrayed on their own or, if they appear with others, there seems to be a lack of communication, a disconnection, signifying ‘aloneness’, much as with Antonioni’s characters, whose films ultimately set out to examine the relationship between the individuals and their environment by examining the individuals themselves: to see, as he stressed ‘what remained inside the individual?’ in a post-war state. Similarly, we may speculate, what will remain of individuals in a life lacking in purpose, in a world with no privacy, no secrecy, no enigma? 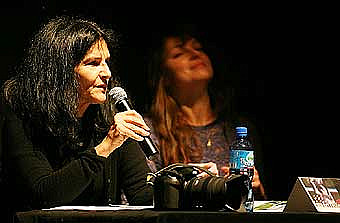 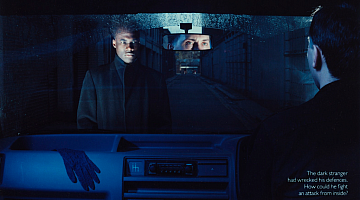 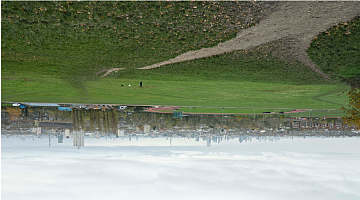 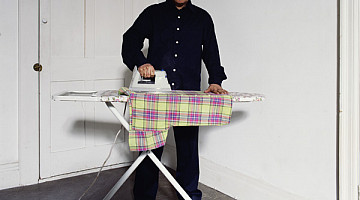 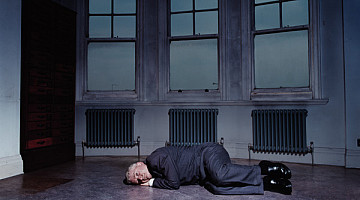 Mitra Tabrizian: Beyond the Limits | 2000 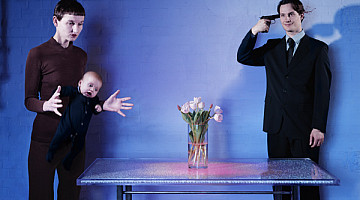