Asylum, the series of photographs by the artist Roger Ballen brings the viewer deep down into layers of human subconscious using nightmare-like visions mixed with what looks like children’s art. Ballen geologist opens up all the darkest corners of people’s mind and soul the way it feels natural, after all. He lets us takes a look into a surreal kingdom where the bounders between human and animal are erased, where only the ghosts of chaos rule and the whole human kind is being chased by ancient forces and the new spirits, too. The places that are symbolized in Asylum are full of fantasy, poetics, playfulness and brutality.

A few years ago, I found an old house in Johannesburg, South Africa. This place has become the focus of my photography for the past few years since the completion of my book Boarding House in 2008. Inside this house live a motley bunch of people from various spectrums of South African society. Living along with these people are large numbers of wild birds that inhabit this space and exist alongside the inhabitants. The birds are not in cages and have the freedom to move throughout the place. Most rooms in this house are quite barren and the inhabitants have taken to drawing figures and faces on the walls. Besides the birds, the place is full of rats, mice, cats, chickens, ducks, rabbits, etc. The Asylum is ultimately a place in which reality blurs with fantasy. Objects, drawings and spaces interact to create multiple meanings very few which we can find words for. I have specifically chosen the word Asylum as the title to the proposed book as it has contradictory meanings. On one hand it represents a place of refuge and safety, and on the other hand a place of insanity.

It has been quite a revelation working in this house. Whilst this environment could be viewed as strange; this location provided the inspiration and subject matter for the photographs. On closer inspection, the images can be seen to elicit metaphors from the interaction of the birds (a symbol of purity, heavenliness, freedom and peace) with the space characterized by chaos, darkness and human detritus.

In these works, I have consistently obscured human identity. I have presented the subjects as masked figures, with disembodied hands and feet and other remnants of human existence. The images are purposely unsettling, ambiguous, and comic. The addition of drawing and collage present yet more layers for the viewer to decipher. 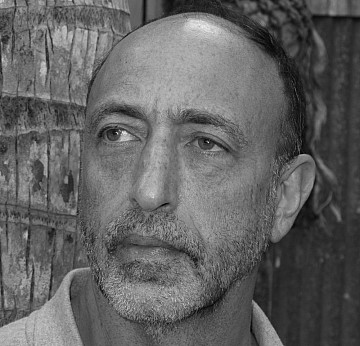 Lives and works in Johannesburg, Republic of South Africa.

Roger Ballen has lived and worked in Johannesburg, South Africa for almost 30 years. During this period from 1982 to 2008 he has produced eight books and his style has evolved from photo-journalism to a unique artistic vision. The subject of animals has been an essential theme to Ballen’s work since he started photography over 40 years ago. His next book (to be published in 2013) will be on birds photographed in a strange surrealistic place. 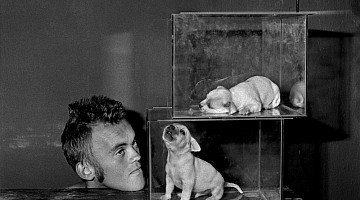 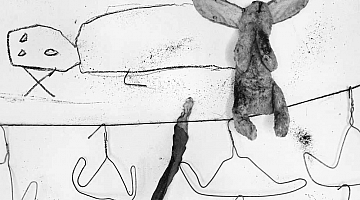