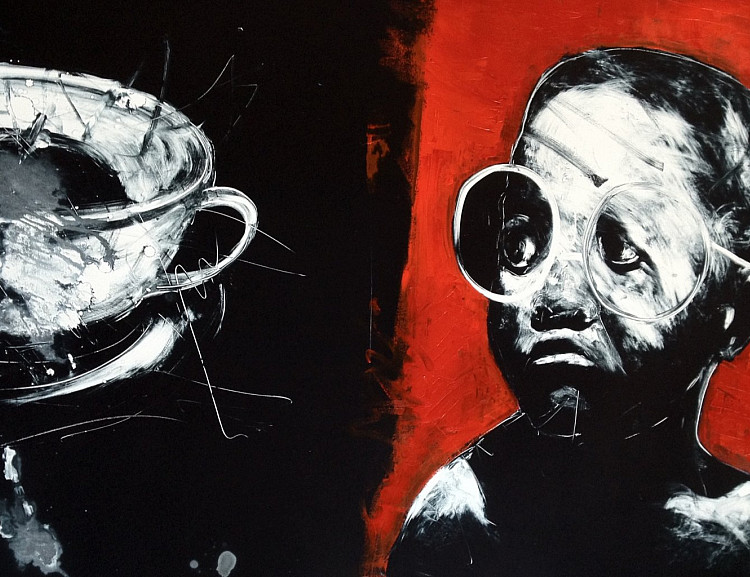 Nelson Makamo was born in Nylstroom (now Modimolle), Limpopo province, in 1982. Makamo moved to Johannesburg to join the Artist Proof Studio in January 2003. He was the recipient of the Johnson and Johnson bursary (2005) and the Pinpointone Human Resources Scholarship (2005). Makamo has exhibited in group and solo exhibitions in South Africa, France, Italy, America, Netherlands and Scotland. His first solo exhibition, Walk with Me, was held at the Obert Contemporary Gallery in Melrose Arch, Johannesburg.