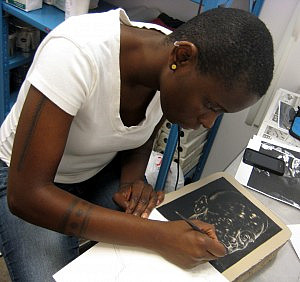 "Where some may see flat, static narratives, I see a spectrum of tonal gradations and realities. What I am creating is literally black portraiture with ballpoint pen ink. I'm looking for that in-between state in an individual where the overarching definition is lost. Skin as geography is the terrain I expand by emphasizing the specificity of blackness, where an individual’s subjectivity, various realities and experiences can be drawn onto the diverse topography of the epidermis. From there, the possibilities of portraying a fully-fledged person are endless." 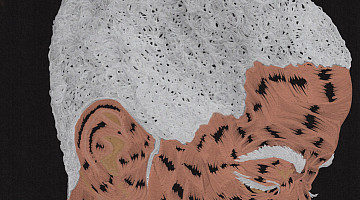 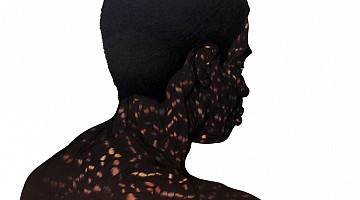