In Ritual, the bed frame demarcates an enclosure where we shift from conscious to unconscious, from the third dimensionality of the outside world into its zero dimensionality.  The ontological existence of spacelessness and timelessness when we are in the dream resembles the fetus stage.  Is this ritual of rest and rise solely physical, or have we reconnected with our naked self as in the womb, preparing us to perform in our persona for another day?

Hair braids were hung from a circular hanger bisecting the space into two.  das Haar (the hair) created a 3-Dimensional Yin-Yang, where die teekanne (feminine teapot) and der lampenschirm (muscular lampshade) exist in their scope.

The concept is about destruction and creation.  Books are a symbol of knowledge.  I feed on their content and then afterwards, empty them out. I am, once again, an empty container and ready to search for new knowledge and idea.  The empty glasses set in the book are etched with the theme "Kill the Cow, After drink the milk".  The language behind the idea of ‘Kill the cow’ is cruel, but destruction is the mother of creation.

Hair is weaved into the form of a pillow or an abstract representation of the skull to symbolize where dreams begin and the conscious subsides. Western psychologist Carl Jung said dreams are the window to the unconscious.  The Chinese ancient philosopher Zhuangzi had a famous dream in which he dreamed that he was a butterfly. After awakening, he wonders how he can determine whether he was Zhuangzi dreaming that he was a butterfly or if a butterfly is now dreaming he is Zhuangzi.  In this installation, hair braids tangle and butterflies take the seat of Zhuangzi.  Who is the dreamer who dreams the dream?

Death is an integral part of life.  In essence, we begin to die the moment we are born.  We live a life and we live a death.  Death is not the moment of transition to the end of life, but exists as an invisible force throughout life.  The subject of death has been most puzzling and perplexing to humankind since time immemorial.  The myth of the afterlife and reincarnation not only address the angst of mortality but also serves as a promise for an eventual escape from unendurable situations or from the anguish of unbearable boredom.  From all different cultures come myths and legends about the underworld, imaginative and allegorical.  I am particularly interested in the similarity between the Chinese myth of Mengpo soup and the Greek myth of the River Lethe.  All those who drink from the River Lethe experience complete forgetfulness.  Having been purged of all previous sins and knowledge, the dead spirit is sent to be reborn in a new earthly incarnation, and the cycle of life and death begins again.  Mengpo soup is a condensation of all the tears that one sheds in his or her entire lifetime.  Ingesting these emotions that were once let out neutralizes them and, like a mathematical equation, resets them to zero to be used once again.

In this installation, a circular sheer curtain encloses a number of ‘Mengpo soup’ bowls, creating a realm of obscurity.  Surrounding the outside rim of the curtain is a group of daily found objects:  a toy, a book, a lamp, a chair, small furniture, dinning utensils, medical apparatus.  Among them, a teddy bear and a walker briefly epitomize the life span.  Green moss, symbolic of life, is set amid the found objects.  Strips of drawings of the geographic representation of the underworld intertwine with the group of secular objects – reminders of the co-existence of life and death. 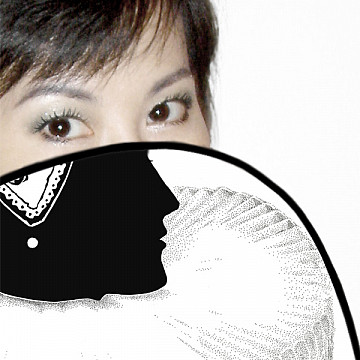 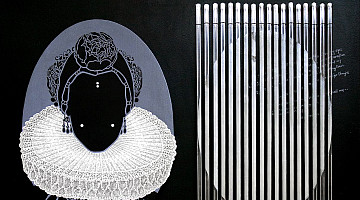 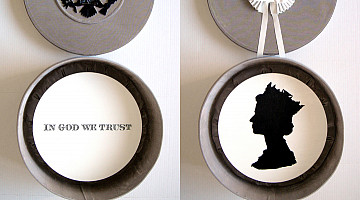 Annysa Ng | Tea Silk and Porcelain and other paintings 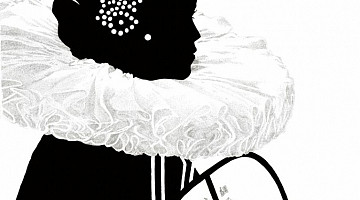