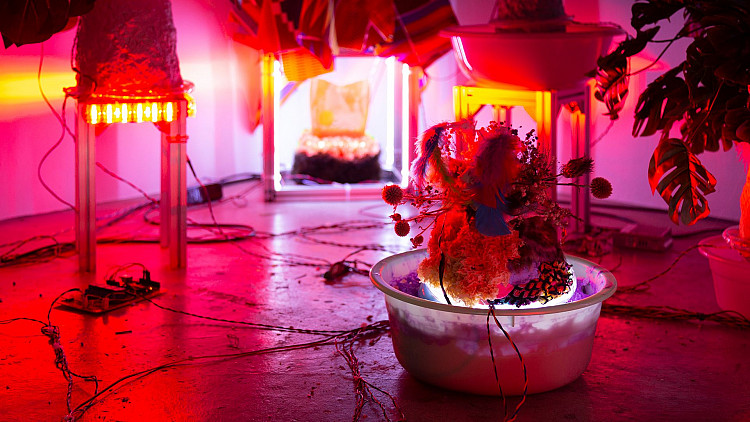 “Taipei Robot Man 2.0: Infodemic” was a co-project created by Ting-Tong Chang, Hsien-Yu Cheng and Ming-ho Liao (Dino). They used digital technology to recycle “garbage information”, such as internet trolls’ posts and fake news, and turned them into material for driving a mechanical installation and noise performance. At both the Cube Project Space and Longquan market, the artists held a series of exhibition and performance events in order to explore how information is produced, processed, manufactured, exchanged, circulated and spread during this pandemic era.

“Taipei Robot Man 2.0: Infodemic” originated from Hsien-yu Cheng’s internet installation “Assimilator”, which captured “garbage information” in real-time, such as internet trolls’ posts and fake news, recycled and transcoded them, and then turned them into bunches of information that connected the Cube Project Space and Longquan market.

Longquan market is located near Taipower Building Station, a traditional market, which is open in the mornings, while this project took place in the evening, after the market had closed, for the week’s exhibition. These “garbage information”-driven artists collaborated with the Laboratory of Fragrance and Perfume (LFP) to come up with the “Smell Installation”, from which various tailored spice would be emitted along with fluctuating signals. Also combining light, sound and images, the artwork transformed the market into a large-scale on-site installation. Through the olfactory, the auditory and the visual, its aim was to change the visitors’ spatial sensations.

In the exhibition at the Cube Project Space, “garbage information”was transformed into music, while also driving Ting-tong Chang’s mechanic installation, which was created from electronic waste andthe fresh vegetables and fruit of the market itself. These“instruments” collided with each other, conducting electricity and creating the sound field. This sound field was sometimes an ensemble interspersed with Mingho Liao’s, aka Dino, noise performance. Together, they created a disharmonious sound field among signals, waste, and food.

Ting-Tong, Chang, born 1982, won his MFA at Goldsmiths, University of London. His artistic practice covers both street art and elements of traditional painting and sculpture. Most interested in urban space and exploration of potential dialogue between institution and individuals. 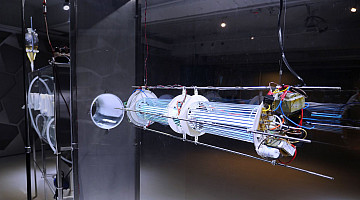 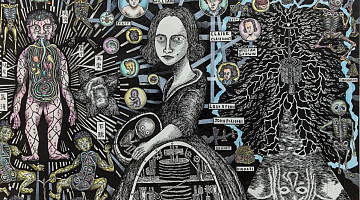 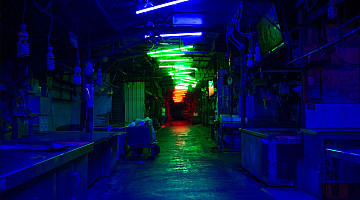 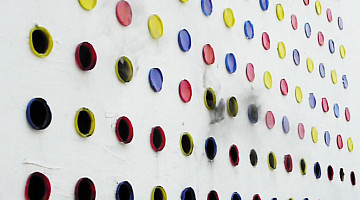